I Want Better for the Ohio River Valley

I live in Bridgeport, OH, in the house I have lived in my entire life, situated above a bicycle shop. My parents first opened the bicycle shop in 1973, partly because of the oil crisis in the Middle East. There seemed to be a need for humans to decrease their dependence on oil, so my parents decided to fill that need in the Ohio River Valley. I have been blessed to play a part in helping people travel by bike in this area, which has a strong history of fossil fuel extraction. We are located in Belmont County, Ohio. According to the November 2018 edition of Ohio Gas and Oil magazine, there are 593 horizontal drilling sites in various stages in Belmont County. It is expected that number will increase if the PTT Global ethane cracker plant is built.  Advocates predict there will need to be about 1,000 new wells drilled each year in the area in order to feed the plant, similar to the need of the Shell cracker plant in Monaca, PA. This will directly affect me in multiple ways.

My family also owns a 60-acre farm in Belmont County. The industry is planning to drill a new well pad directly across from our front door. I have spent countless days and nights walking and playing in the creek bed, hiking the fields, digging in the dirt, and simply enjoying the peaceful stillness, beautiful serene landscape, and clean air at our farm and it’s hard to contemplate what this drilling site will turn all of that into. I am imagining the noise, light and chemical pollution that will be generated by it. 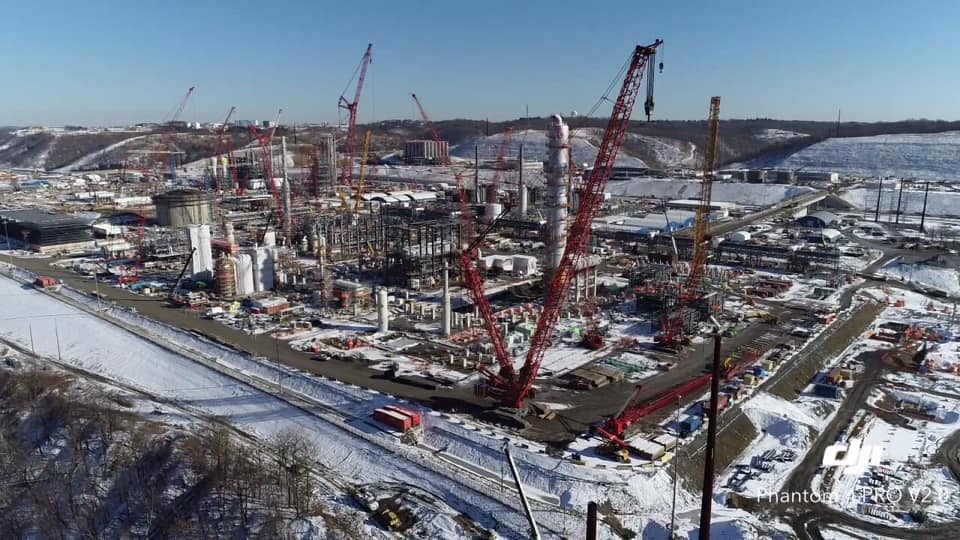 The PTT Global Ethane Cracker is one of many large ethane crackers proposed for the Ohio Valley region. The Shell Ethane Cracker (pictured) is already under construction in Monaca, PA.

On the federal level, Alexandria Ocasio-Cortez has proposed a bill called the Green New Deal. According to the New Yorker, “The resolution calls for a transition to a hundred per cent renewable energy by 2030, the upgrade of residential and industrial buildings to greater energy efficiency, the decarbonization of manufacturing and agriculture, and investment in technology that would reduce greenhouse gases in the atmosphere. If put forward, it would be the most ambitious climate policy the Democratic Party has ever endorsed.” If passed, I’m not sure what the implications for the fracking industry will be, but I can’t imagine it will be a win for them. It would be so glorious to be able to enjoy my family farm for many years to come without bearing the burden of a frack pad close by.

In addition, the increased frack pad production will cause an increase in residual waste truck traffic throughout the area. We recently had a bike shop customer, who happened to be an industry worker in the past, tell us his co-worker has cancer. She drove a fracking truck. He said he quit his job because the company wanted him to sign a contract stating that he would not sue them if he got cancer. According to Lea Harper of FreshWater Accountability Project, frack waste trucks contain radioactive material.

I ride my bike on the rolling hills of this valley and have probably been exposed to this material. Radioactive toxins can’t be seen, heard or smelled; they can be deadly but you have no way of detecting them unless you carry a Geiger counter.

The frack trucks also create hazards while riding. They go extremely fast on the rural roads and aren’t always fond of cyclists. Throughout my canvassing for the EPA permit hearings in Moundsville, WV, I’ve heard multiple complaints about the traffic that is already heavy and burdensome in the area. I am definitely not alone when it comes to concerns about traffic, as residents in Moundsville are concerned about the increased traffic they will face with the construction and operations of the cracker plant. 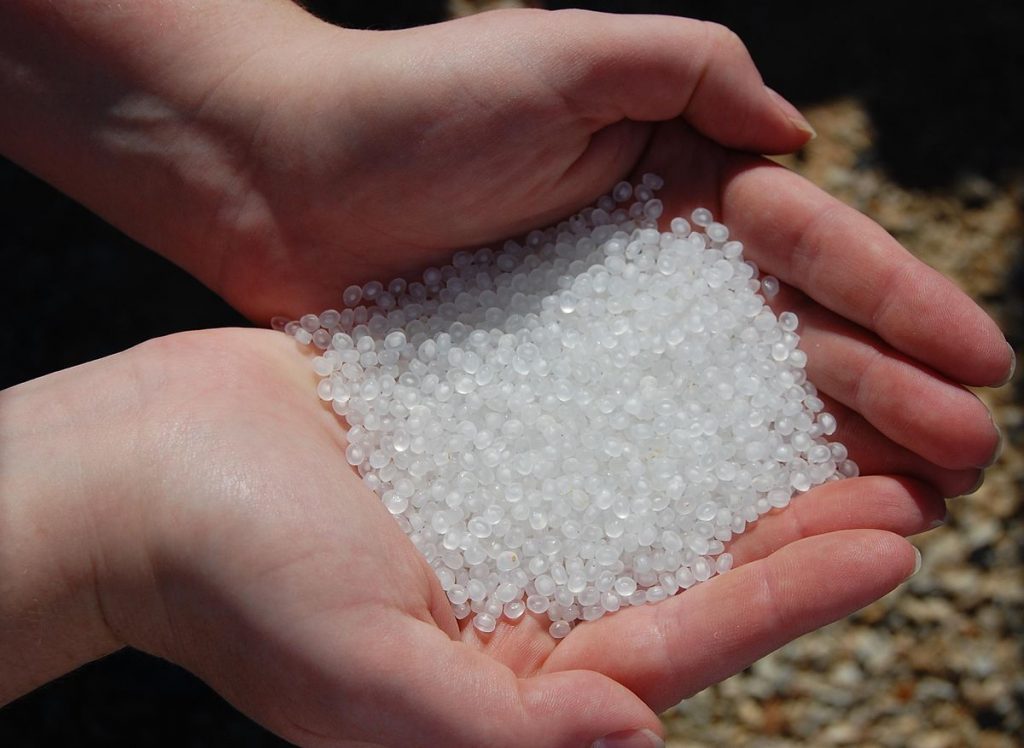 Plastic “nurdles”, like those in this photo, would be the primary product produced by the Appalachian Petrochemical Hub, aka Appalachian Storage and Trading Hub.

I am a youth mountain bike coach and our team practices at GrandVue Park, in Moundsville, WV. This park is on a hilltop, directly above the location of the proposed cracker plant. I’m not sure how “Grand” the view will be from the park if the plant goes in. The plant will legally be emitting many chemicals into the air and water and this will affect the entire area in which we live, work and recreate.

I recently watched a documentary called “A Plastic Ocean” on Netflix. It is a first-hand account of just how colossal the plastic problem in our oceans is. The most disturbing images were perhaps of the birds and ocean creatures who are being afflicted by the plastics that pollute their habitats. Many of them die from swallowing microplastics, as well as larger plastic pieces. Some people might argue that the problem with plastic in the oceans is caused from people being irresponsible with their waste. In fact, much of the plastic in the oceans comes from microbeads washed down drains, and plastic that blew out of landfills or garbage trucks. It’s not all due to littering. In any case, if the stuff wasn’t produced in the first place, the problem wouldn’t exist. I think I represent all wildlife everywhere when I say we need to find other ways to exist in the world without the use of so much single-use plastic and plastic stuff we just don’t really need. I feel connected to other animal species. I know that we are All One. Our ecosystem thrives only when the health of the entire chain is protected. If this cracker plant is built, we are going to pay a major price.